Proud to be recognized as a Patient-Centered Medical Home by the National Committee for Quality Assurance (NCQA).

Our team at Partners in Pediatrics is dedicated to creating an environment that is patient-centered to help you and your child feel at home at every visit. Our pediatricians and clinical staff are highly trained professionals and maintain a high-level expertise through continuing education. We have eleven highly qualified providers that have undergone a rigorous academic education and pediatric clinical training. All physicians are board certified by the American Academy of Pediatrics (AAP) and are active members.

Dr. Catherine L. Wood is the founding partner of Partners in Pediatrics. She is from Autauga County, attended Auburn University where she received her B.S in Biology. She went on the University of Alabama, Birmingham (UAB) School of Medicine earning her degree as a Medical Doctor in 1983. After an internship and residency at UAB/Children's Hospital of Alabama in Birmingham, Dr. Wood came to Montgomery to begin her medical practice and has been here since 1986. She is a past President of Alabama Chapter of the AAP and continues to be very active in that organization. 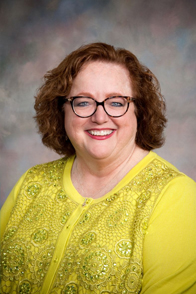 Dr. Susan A. Brannon joined Partners in Pediatrics in 1993. Originally from DeFuniak Springs, Dr. Brannon received her B.S in Nursing from Florida State University. After working in intensive care at UAB, she went on to earn her Medical Doctor degree from UAB School of Medicine in 1987. Her residency program was at Children's Hospital of Alabama in Birmingham. She has practiced at Partners in Pediatrics since 1993. Her passions include encouraging young parents in raising healthy, well-loved children and encouraging teens and almost-teens in their journeys to physical and emotional health. She particularly loves helping adoptive and foster families in their journeys. 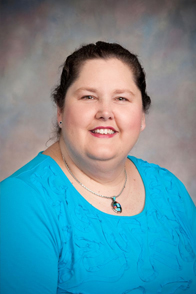 Dr. Lamenda L. Blakeney obtained her B.S. in Biology from Louisiana College in Pineville, Louisiana. She earned her Medical Degree at Louisiana State University in New Orleans, Louisiana. Dr. Blakeney interned at the Family Practice Internship University of Alabama College of Community Health Sciences Family Medicine Residency in Tuscaloosa, Alabama. She completed her Pediatric and Adolescent Medicine Residency at Children's Hospital of Alabama in Birmingham, where she received the Michele St. Romain Housestaff award for compassion and dedication to her patients. Dr. Blakeney joined Partners in Pediatrics in 2001. 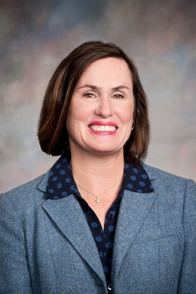 Dr. Elizabeth W. Diebel received a B.S in Biology from Auburn University and went on to earn her Medical Degree at the University of Alabama, Birmingham School of Medicine. She attended the Pediatrics Residency, Department of Pediatrics program at the University of Kentucky in Lexington, Kentucky. She moved back to Montgomery to join a local practice where she worked for 10 years. Dr. Diebel joined Partners in Pediatrics in 2003. 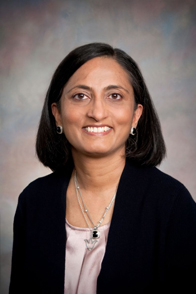 Dr. Rama L. Mukkamala graduated from medical school in India in 1988. She continued her training in the residency program in pediatrics and neonatology in Leeds, England where she received several honors and awards for her work in pediatrics. Dr. Mukkamala completed the residency program at the University of Medicine & Dentistry in Newark, New Jersey in 2001. Dr. Mukkamala joined Partners in Pediatrics in 2008 after working with another local pediatrician. Dr. Mukkamala lives in Wetumpka with her husband and three children. She likes to spend her free time cooking and traveling.

Dr. Melissa S. McNally was born and raised in Fort Myers, Florida. She received a B.S. in Biology from Emory University in Atlanta, Georgia. Upon graduating from Emory University, Dr. McNally served as Post-Graduate Fellow at the Centers for Disease Control and Prevention (CDC) in Atlanta. She went on to earn her Doctorate of Medicine from the University of Florida College of Medicine completing medical school, internship, and residency. Afterwards, she joined the UF College of Medicine faculty. Dr. McNally moved to Montgomery, Alabama, and she has been with Partners in Pediatrics since September 2012.

Dr. Speight received her medical degree from the University of Alabama at Birmingham. She completed her internship and residency at Children's of Alabama- University of Alabama at Birmingham. She is a member of the American Academy of Pediatrics. Dr. Speight and her husband, Anthony, enjoy spending time with their seven-year old son and three-year old daughter. She is an avid sports fan and enjoys traveling. In her spare time, she also has a love for graphic design and finding new things on Pinterest. A Montgomery native, Dr. Speight is pleased to be returning home to serve patients. 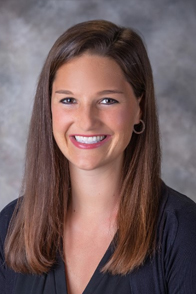 Dr. Hooper received her medical degree from Philadelphia College of Osteopathic Medicine. She earned her BA in Psychology from Vanderbilt University and then completed her internship and residency at Cleveland Clinic in Cleveland, OH. During that time she was awarded the Adolescent Medicine Award and the General Pediatrics/Community Medicine Award. Dr. Hooper is a member of The American Academy of Pediatrics.

Dr. Hooper is married to Dr. Perry Hooper, a surgeon at Southern Orthopaedic Surgeons. She is originally from Richmond, VA while he is a Montgomery native. They met in medical school and as they say, the rest is history. They are now the proud parents of three sweet children and a golden retriever. The family is thrilled to be living in Montgomery, especially since all grandparents now live here too.

Dr. Schull earned her medical degree from the University Of Alabama School Of Medicine. She completed her internship and residency in Pediatrics at UAB/Children's Hospital of Alabama where she also served as Chief Resident. Board certified by the American Board of Pediatrics and a member of the American Academy of Pediatrics, Dr. Schull has practiced pediatrics for over 30 years in Birmingham and Nashville. She is happy to be returning to her hometown of Montgomery.

Dr. Troy is originally from Montgomery and completed her internship and residency in Pediatrics at the University of Mississippi Medical Center Children's Hospital where she also served as Chief Resident. She is Board Certified by the American Board of Pediatrics.

Currently, she is the President of the Prattville Civitan Club which focuses on improving the lives of individuals affected by cognitive, developmental, and physical challenges. She also is a member of the Louise M. Smith Developmental Center in Prattville. Her past accomplishments include being a founding member of the Autauga County Humane Shelter and an active member of Zeta Tau Alpha Sorority.

,p>Sabrina and her husband Jon have two children. They enjoy watching their daughter compete in gymnastics and their son play baseball. She and her family are active members of First United Methodist Church in Prattville. In her free time, she enjoys water sports, being outside, rehabbing animals, and watching Alabama Crimson Tide football. She is delighted to be practicing in Montgomery and Prattville offices.

Find us on the map